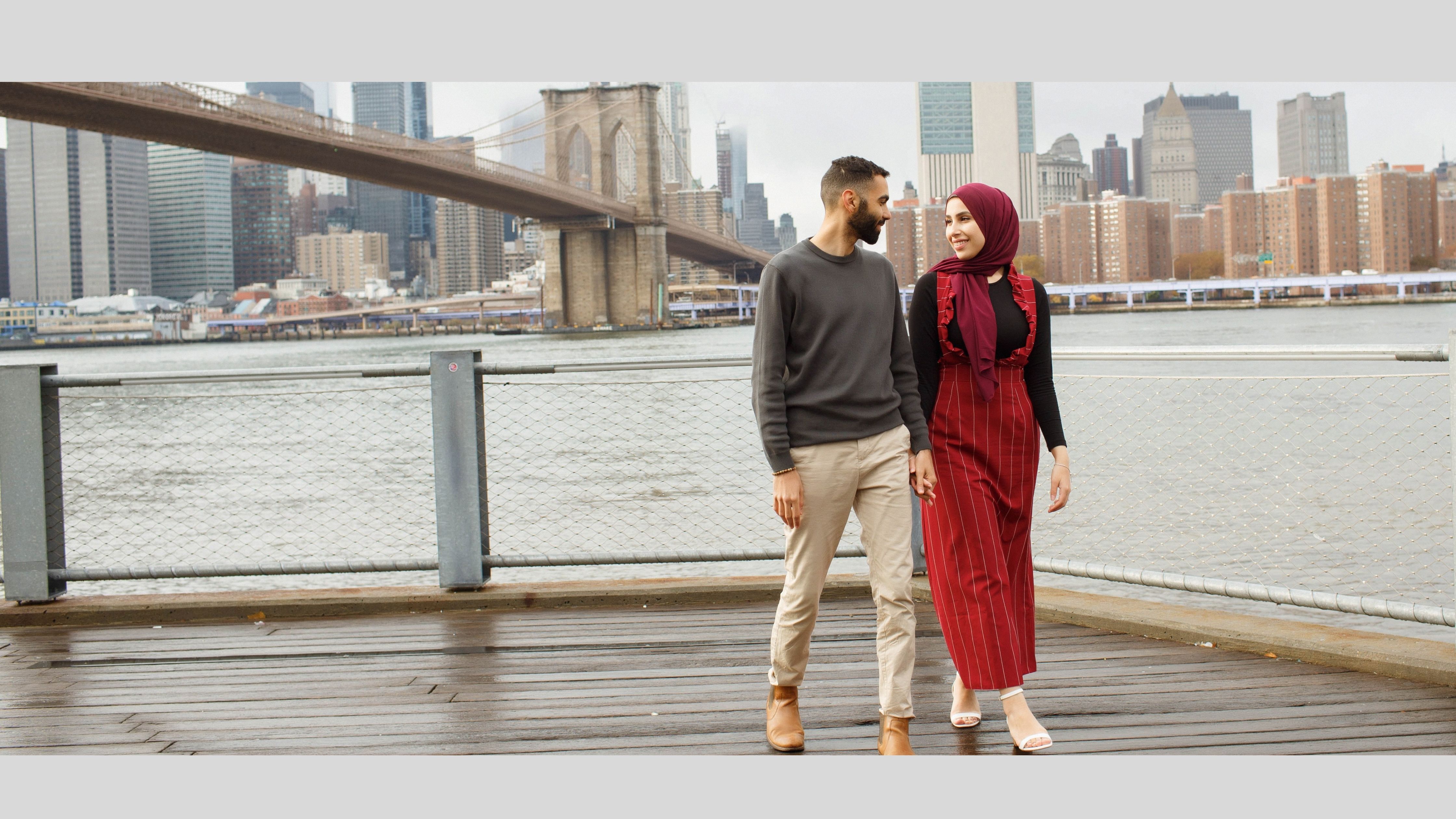 Building Roots During a Pandemic

It was a warm day in Toronto, Saleh came to visit me over one of his golden weekends from New York City where he had recently matched as an Obstetrics and Gynecology resident. He would often explain to me the mental, physical and emotional exhaustion that came along with being in a surgical residency program. Many times, after conversations like these he would ask me jokingly but with some concern “are you sure you’re ready for this rollercoaster? it’s really demanding”. Every single time I reassured him I was.

We did two years of long distance while I was completing my masters in Occupational Therapy. As difficult as the long distance was, I was occupied with completing my studies, surrounded by friends that became like family and I was only a three hour drive away from my family whom I would often visit over long weekends and academic breaks.

The summer before starting the final year of my masters, Saleh proposed in the same park we had our first date in, we celebrated with close family and friends and I specifically remember feeling like things were lining up perfectly. As I entered my final year of graduate studies, we began to plan out what the next year would look like for us. Saleh would continue in residency, I would graduate, write my Canadian national board exam, have our beautiful summer wedding and I would then move to New York City to finally be together and put the long distance behind us. Between my classes, clinical placements and Saleh’s residency we spent our time planning the wedding. Slowly the number of Covid-19 cases began to rise and the pandemic became a reality. Our perfectly planned timeline began to crumble in front of us. Saleh would often be sent to the Covid-19 services at the hospital, he would come home drained and overwhelmed. Things didn’t look promising in terms of having our wedding on the original date. After many hours of Facetime calls, we made the difficult decision to postpone our wedding for a more appropriate time and continue with me moving to New York City.

So, I found myself on a flight from Toronto to New York City during a pandemic with 2 suitcases and a carry on that I somehow managed to fit my whole life in. Nothing could have prepared me for what I was about to experience. Saleh aligned his vacation week with my flight date. We spent a beautiful week together and then the reality of residency began to creep in. He left Monday morning bright and early at 5:30 am and the apartment began to feel quieter as the hours went on. I haven’t quite had a routine yet and the view outside our apartment was still unfamiliar to me. I didn’t know a soul in the city and that feeling alone was very unsettling. I would walk outside and the reality of the pandemic would hit me, everyone was in masks, and all I was yarning for was a friendly face, it all just felt so isolating.

I occupied myself with preparing for my Canadian national board exam that I was still due to write in a couple months but I often found my mind wandering trying to take in this huge life change. I found the first few weeks especially difficult, often times Saleh would come home and during dinner ask me how my day went and I would break down. He would hold me and reassure me we’ll get through this together. I felt this immerse guilt, I should be celebrating the reality of us being together after years of long distance. But I was grieving being away from home in Canada, my family and friends.

Building new roots is not easy. Building new roots with a husband in a surgical residency during a pandemic proved even harder. Most weekends are filled with Saleh being on call for 24-hour shifts. One really key aspect that helped me was I wrote, a lot. I allowed myself to feel and accept the emotion I’m going through. Validate and make peace that this experience is difficult in the moment but will pass. My perspective slowly began to change. I viewed the time I had as an opportunity to learn more about myself, work towards the next steps in my career, volunteer, explore the environment around me and connect to my faith in a deeper sense while having the support of my partner. Starting over in a new country and space allowed me to begin making intentional decisions that aligned with my values and identity. I found myself much more excited to tell my partner about my day.

Residency often makes it feel like quality time is limited to come by. Although this may be true, we began to embrace the small moments. Hold gratitude to the small everyday moments, the early morning embraces before he heads to the hospital, the “just checking up on you” phone calls between surgeries, and the dinners every night in our cozy Brooklyn apartment.

Hadeer is a former Early Childhood Educator turned Occupational Therapist and wife to a PGY-2 OBGYN resident in New York City. She moved from Ontario to New York to support her husband in his journey of residency and put the long distance behind them. She spends her day working virtually with patients in the motor vehicle accident sector as an Occupational Therapist. She also volunteers at a local hospital as an advocate for survivors of domestic and sexual abuse. In her free time, she enjoys trying new recipes, trying new cafes in the city and going for walks to explore her neighbourhood.